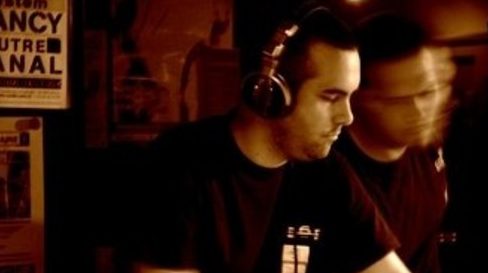 If you lump together horror movies, fetish, Alsatian charm and impressive passion for music, it may look like the producer duo THE BADGERS. On the stage it appears in terms of two dark-dressed statures, who like to act out their anonymity behind masks and handle the machines delicately.

After first contact at highschool in 2000, a close friendship between Yannick and Joel began – soulmates, whose connection is based on the deep love to the music. Always the same 6 vinyl records were the basic of the lessons in Joel’s garage, before a long lasting residency in an Eastern French house bar has started. Self-organised events in various locations and the desire for realization of their personal musical ideas followed. Crowned with success!

Even a work-related territorial separation between Stuttgart (Joels current home) and Shanghai haven’t prevented to reach some No.1 chart positions within a short time. Until their first release in 2009, it took less than one year. With the “Deep Dark Mood EP” on Creepy Fingers Rec., as well the “Frozen Nipple EP” on Killing Machine Rec., they climbed to the top of the Beatport Minimal Charts in 2012. Mostly as Live-Act, they are touring since there in European clubs and follow principles like not playing unreleased tracks. Nevertheless, not even one performance sounds like the other, as they play and mix the loops and patterns from their tracks spontaneously – and always with a surprise effect.

May you call them musical landscape painters. Foggy valleys are built through melancholic and romantical sounds, where fantasy creatures and monsters are shaped. In their imagination, black and red light reflections swirl around. But the most meaningful influence pulsates around the gothic theme and comes from the fetish universe. The weakness for sadomasochism and bondage gears is hardly mistakable. The musical structures tough are largely grounded on the puristic loop culture of German minimal and techno. Typically as well, industrial and mechanic sounding elements go along, no less than French Electro.

Obviously many other artists are impressed by their diverse influencies, so the list of remixed producers and remixers gets more and more extended. This queue is leaded by producers like Johannes Heil, Patrick Lindsey, Danton Eeprom, Miro Pajic, Re:Axis, Andy Martin, Octave and more. The suitable voice to the dark sounds is often contributed by Berlin based artist Mz Sunday Luv. No wonder that their tracks meanwhile are frequently supported by acts like Richie Hawtin, Troy Pierce, Jennifer Cardini, Slam, Luciano etc.